The task of the church in Røros, as elsewhere, was to fulfil the spiritual needs of the population and provide them with consolation and comfort in very hard times. Simultaneously, we can see that in Røros the church played an important part in emphasising differences in social levels as well as helping to create respect for authority.

The church was a State established with the King at its head. The monumental church building that is the new church built in 1784, with a capacity of up to 2,000 people, makes a statement of both worldly and spiritual power. The positioning of the pulpit high over the congregation above the altar indicated the authority of the clergy, and, immediately opposite, was the royal box bearing the King’s initials. There were few religious symbols in the church in Røros. The pews and benches were divided according to rank and position; the privileged worshipped in curtained private boxes along the sides of the church, the common people on the two floors of the church. Even in the cemetery the class differences were maintained, the privileged were buried in the lower part of the cemetery and the commoners in the upper part. The widow of a priest from Holtaalen in 1730 applied for, and was awarded, an extra pension of 10 riksdaler because her husband had managed to persuade the farmers to continue to transport goods when they threatened to strike. A distinguished General Manager, Peder Hiort was given his own grave chapel at the end of 1700.

The mining company’s prayers were read in the church morning, midday and in the evening. The prayers encouraged discipline and submission: ‘Bless the Company’s participants (investors) in body and mind, Rule oh God over the participants in this, our workplace, and see that they have the heart and courage to continue the work.’ There is also the prayer, ‘Let them be satisfied with their position and lot in life, in wisdom oh God you have chosen high and low, rich and poor, and given them their troubles and their burdens. By the sweat of his brow shall man earn his bread.’ Finally, the prayer on payday, ‘Charge our hearts, we pray, to be content and satisfied. This is but our outer reward…Let us first improve our souls before we search for worldly remuneration and worldly goods.’

The church also played a part in the democratic process, which was taking place in the 1800s. After 1837 the clergy were active in the elected municipal councils. They supported the work to improve schools and also supported the work of voluntary associations when these became active at the end of the 1800s. Thus the modern church contributed to strengthening district awareness and assisted in the resistance to autocratic power under the system that previously existed. 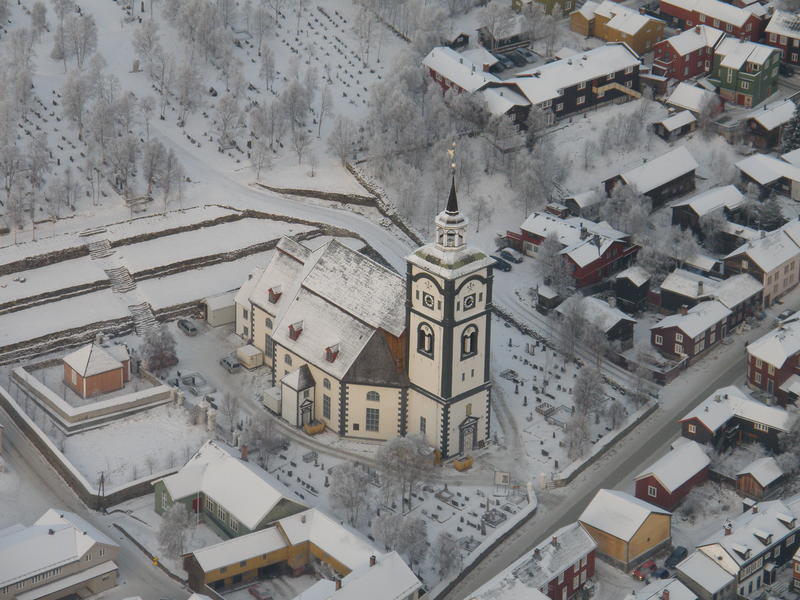